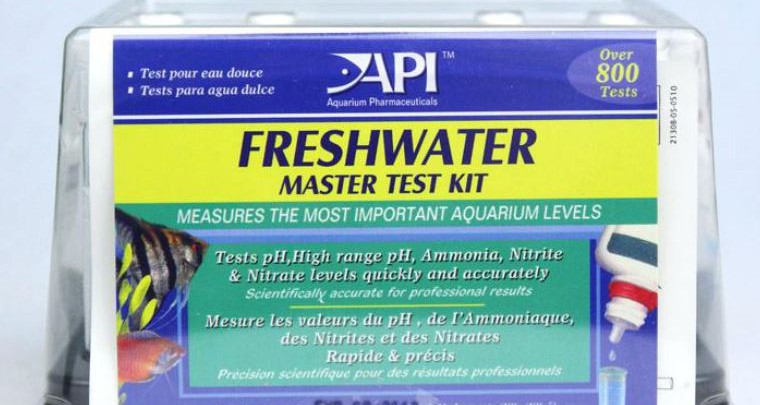 Testing aquarium water is a key component of maintaining a healthy environment for fish. Below are a list of aquarium water test kits and some information about them.

Best Aquarium Water Test Kits – Master Test Kits
Combination, or Master, test kits are touted as the perfect way to have all the tests you need on hand. Their advantages include lower cost per test, everything has the same expiration dates, and it’s a quick and easy way to purchase and keep the basic tests all at once. The disadvantage is that one can’t customize tests; the kits are fixed to what’s in the kit. Also, the kits tend to run out of one item long before the others. It is recommended that keeping a master kit on hand with pH, ammonia, nitrite, and nitrate, preferably a liquid variety instead of strips is best.

Best Aquarium Water Test Kits – Ammonia Test Kits
An ammonia test kit is one of the must haves for every aquarium owner. However, not all ammonia tests are created equal. The primary issue at hand is the fact that ammonia can be present in a non-ionized form (NH3), or the ionized form (NH4) known as ammonium. NH3 is what hobbyists are concerned about, but most tests give results for the total of NH3 and NH4.

Nitrite Test Kit
Nitrite is another test that is important during the start-up of a new aquarium, as well as on an ongoing basis. It is advisable to test for nitrite monthly and any time a fish is sick or dies.

Nitrate Test Kits
Nitrate is not as dangerous for fish, but at high levels it stresses them, leaving them more susceptible to disease and ultimately shortening their lifespan. Nitrate tests are often included in a master test kit, or paired with a Nitrite test kit, but they can also be purchased separately as well.

pH Test Kits
pH is a key parameter for all aquariums, and should be tested and recorded in a log regularly. Sudden changes in pH are often the invisible cause of fish disease and death. Gradual pH changes are less serious in the short term, but ultimately can be just as dangerous to the health of fish. If using strips instead of liquid test kits take care to seal the strips well and don’t touch the pads on the strips with dirty fingers.

Hardness Test Kits
Two types of hardness tests are available, KH or carbonate hardness, and GH or general hardness.
KH, often referred to as alkalinity or carbonate hardness, is the measure of carbonate and bicarbonate in the water. The higher the KH, the more stable pH will be. GH measures the levels of dissolved magnesium and calcium, which is what we refer to when using the terms hard or soft water. GH should be matched to the species of fish being kept.

Oxygen Test Kit
Oxygen is rarely tested in aquariums, but there are specialty situations where it is useful. Densely populated tanks, such as those that breeders might have, or densely planted tanks are two situations in which oxygen levels may require closer examination. Both salinity and temperature impact the amount of oxygen that can be dissolved in the water. Warm water holds less oxygen than cold water, and freshwater holds more oxygen than saltwater.

Iron Test Kits
Iron is present in trace amounts in aquarium water and generally does not require testing. However, plants require iron to thrive, and those who keep heavily planted tanks, or breed plants, may test for iron levels.

Copper Test Kits
Copper tests are only used in situations where copper is used to treat sick fish. Because it is used only during treatment, this is not a test kit that is normally kept on hand. Instead copper test kits are usually purchased when giving copper treatments.

So which is the Best Aquarium Water Test Kits?
I have been using the Freshwater Master Test Kit for many years. It covers your most critical parameters all in one box. 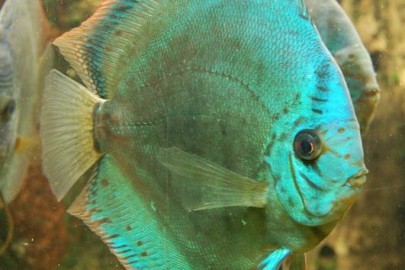 Are Discus Fish Hard to Keep?

Are Discus Fish Hard to Keep – The Facts This is the most common...
learn more 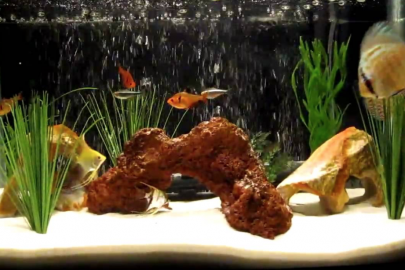 Please note that we are experiencing shipping delays due to COVID 19.