Mixing Domestic and Wild Discus – can it be done?

Mixing Domestic and Wild Discus can be challenging. Discus fish can either be wild or domestic. Normally, these two types would have two almost totally different requirements in terms of food, water temperature and so on. So before we talk of the how to keep the two types together in a single fish tank, we should talk about the differences between the two.

Domestic discus fish, on the other hand may be healthier since they were farmed in a clean, controlled environment. However, if you look at it from another angle, it may just mean that their immunity is not as strong and hence its self-defense mechanism against diseases may not be as strong as a result.

For these huge differences and reason some aquarium keepers have suggested that wild caught discus should not be mixed with domestic fish. However, some discus fish keepers have mixed wilds and domestics and have completely enjoyed the beauties which both have to offer with no adverse effects. This has a good explanation which is the fact that at one time all discuses came from the Amazon and later when they were bred in captivity, they morphed into the beautiful varieties we have today. This therefore means that you can keep the wild discus and the domestic discus fish together and you will not see any erratic behavior between the two. You should however be careful when you first mix the two. Below is a recommended way of how to go about it, especially for the newcomers.

Before setting new fish free in your aquarium, always quarantine them and make sure you know where your discus are coming from, because wild discus and domestic discus have different immune systems as mentioned earlier. The wild discus fish have been exposed to many different bacteria and parasites than the domestic discus. It is therefore possible and highly likely that some parasites that may not be harmful to one may be fatal to the other.

Another way to take advantage of your existing tank is to add a sponge filter. After a few weeks you will have an established bacteria colony and the sponge can be transferred to your quarantine tank, introducing your wild discus to the new environment they will soon be living in. Quarantining is a basic common practice that should help you achieve a healthy and thriving environment when your fish are introduced.
After the quarantine, your fish will be able to get along quite well, both the wild discus fish and the domestic fish in the same fish tank. After introduction of the wild discus into the fish tank, always monitor them closely at all times to ensure there isn’t any unusual behavior.

Mixing Domestic and Wild Discus Conclusion
We have seen that as much as the wild discus fish differ quite significantly from the domestic discus fish, they can get along well in the same fish tank provided you take the necessary precautions before introducing the wild discus fish into the fish tank. You should be on the lookout as well for any unusual behavior of the fish in the fish tank. This is however a common practice for all the aquariums and hence isn’t something you can worry about. 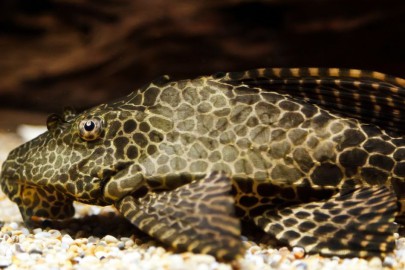 Sucker Fish - All the Facts The Sucker Fish, also known as Plecostomus; got...
learn more 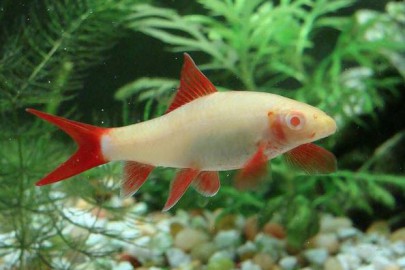 Freshwater Sharks Sharks have over time been found by more and more people to...
learn more