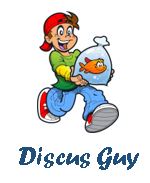 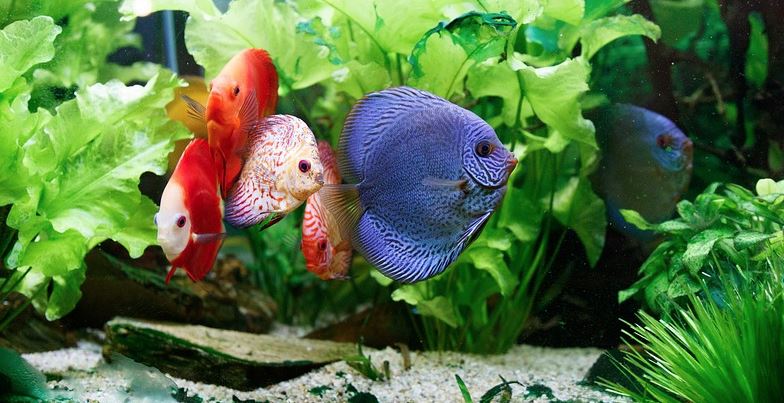 Discus fish are known as the King of the Aquarium. That being said it we must be very careful when choosing the best discus fish tank mates.

In order to make your discus fish tank mates selection easier we have developed the list of Top 5 Discus Tank Mates 2019. This list was comprised of the fishes compatibility with discus, ease of care, easy availability and low price point. 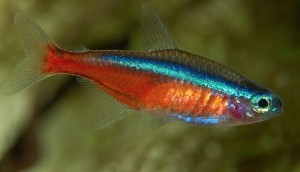 Neon Tetras also known as (Paracheirodon Innesiare) are native to black water and clear water streams in the Amazon Basin of South America. They are typically found in Southeastern Columbia, eastern Peru and western Brazil. Less than 5% of the neon tetras available in the United States are caught in the wild. The majority of them are imported from Hong Kong, Singapore and Thailand where they are farm raised. They are very peaceful fish and will not attack any other members of the aquarium. Neon tetras are schooling fish so must be kept in large numbers in order for them to strive. It is highly recommended that you keep neon tetras in groups of at least 10 or more.  These are very similar to cardinal tetras. 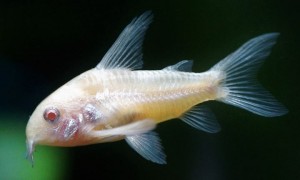 Corydoras is type of catfish from South America east of the Andes to the Atlantic Coast, from Trinidad to the Rio de la Plata in Northern Argentina. Corydoras are generally found in smaller-sized streams, along the margins of larger rivers, in marshes, and in ponds. In the wild they live in shallow small moving streams where the water is very murky. Corydoras do best in large groups of at least 5 or more. They are bottom dwellers and are most active during the day unlike the typical catfish who are nocturnal. There are over 160 different species of corydoras some of which have bony plates of armor with strong venomous spines as a form of defense to prevent them from being eaten by other fish.

Pleco also know as sucker catfish are typically found in Northeastern South America, Northeastern Brazil, the Guianas and Trindad and Tobago. The pleco is named for its large sucker-like mouth which allows it to attach to surfaces as well as to hold and gnaw at food. Plecos are omnivorous so they feed on aquatic plants, algae and small crustaceans. Plecos are typically nocturnal bottom dwellers known for their ability to clean up algae in aquariums. 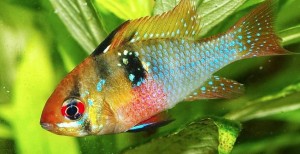 The ram cichlid also known as (Mikrogeophagus Ramirezi), are found in South America in the Orinoco River in Venezuela and Colombia. The ram cichlid is named after Manuel Ramirez, an early collector and importer of ram cichlids for the aquarium trade Their natural habitat consist of slow moving water. There are many variations of ram cichlids varying in colors. They do well in all community tanks. They are very easy to find in pet stores and are very common in the aquarium hobby.

The clown loach also knows as (Chromobotia macracanthus), or tiger botia is typically found in Indonesia on the islands of Sumatra and Borneo. The name was given to this species because of its bright colors and stripes that resemble a clown and also due to the fact that it is known for entertaining its owner with its strange clown-like behaviors such as swimming upside down and playing dead. Clown loaches are known to make clicking sounds when they are happy by grinding their teeth. They have spines under the eyes used for protection and for obtaining prey. They are not aggressive but dominant and can be kept in community aquariums.

There you have it. The Top 5 Discus Tank Mates 2019. I hope that this article makes your discus fish tank mate selection much easier.

Additional Resources can be found HERE 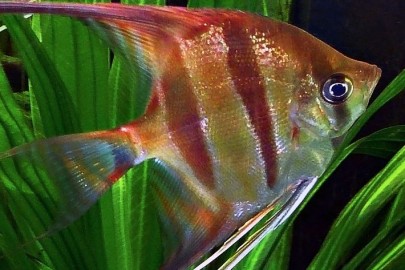 Angel Fish - The Facts Angel fish are some of the most beautiful fish...
learn more 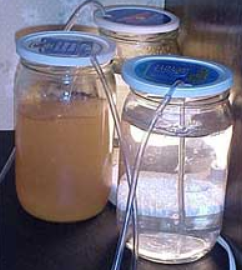 How to Hatch Brine Shrimp

Please note that we are experiencing shipping delays due to COVID 19.