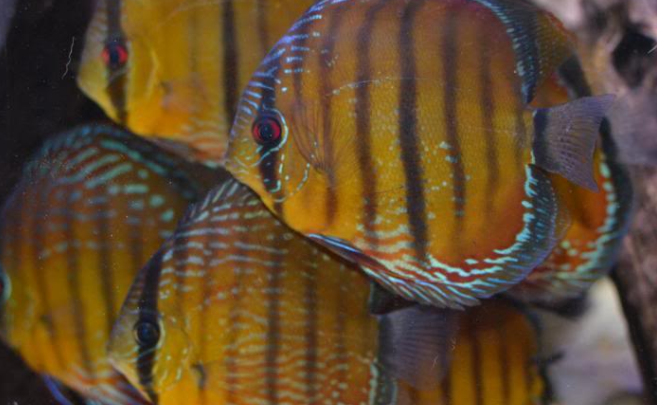 Introduction
Discus fish are found in Southeast Asia and South America around the Amazon. Discus can’t survive in most of the Amazon, where the water often flows too quickly or is not clean enough. However, they are found swimming in very clean water and in small, Blackwater rivers and lakes, deep pools, shallow streams, creeks, and small lakes off the Amazon River. In the Amazon, discus fish are found around areas that have immense tropical forests and long periods of rain. Discus fish thrive when they receive continuous flows of freshwater.
They live in small groups among submerged tree roots, decayed wood, vegetation, and aquatic grasses, which they often hide behind. The wild discus’ stripes help camouflage them for safety from predators. The natural substrate typically includes sand-like gravel and decomposed tree leaves. Plants, including the Amazon Sword that is shown below, not only provide a protective hiding place, but also serve as natural breeding grounds.

Catching discus in the wild
To catch wild discus, people use a bright light at night to attract the fish. Then they slowly draw a net around them. The collection is usually carefully designed and scheduled in advance through maps. There are several fishing processes conducted both in daylight as well as during the night. Usually, the process involves use of some fundamental tools. When the fishing is done by night, an underwater flashlight is used as well as a “Pulsar” that we know as a small net used to catch fishes in aquariums, but in this case, is made by fishermen with an iron hoop and a thick wire, allowing catching the fishes from the front and the water to pass easily. Thus, the fishes remain in the “Pulsar”, but the water doesn’t. In addition to these tools, a small canoe and several plastic containers are essential. If the fishing is done during the day, they use the same tools but without the flashlight. Use of gill net and cast net is greatly discouraged and avoided as they end up hurting the discus fish. A major disadvantage of fishing for discus fish at night is that it is impossible to collect any fish when there is full moon; this is due to the presence of too much light.

Catching wild discus – Transportation and storage
Another great challenge is transportation. If it is not done carefully and precautions taken, the discus fish may end up dying. One of the key factors that prevent discus from dying during transportation is the fishes repose. This is the process of allowing the fish after they are collected to rest for at least 3 days in a box, usually on the bank of the river or stream. Also, the fish should not be mixed when being carried in the plastic containers, but they should rather be transported individually in oxygenated plastic bags.

Catching wild discus – Conclusion
Wild discus fish have to be caught in their natural habitat and be acclimatized in order to be kept safely by the discus keepers. 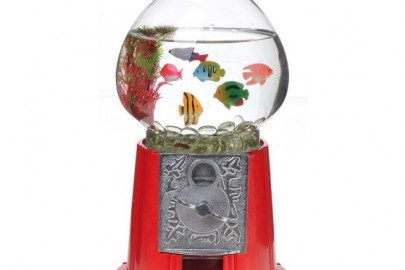 Benefits of Fish Tanks for Children

Benefits of Fish Tanks for Children Having an adorable pet at home is one...
learn more 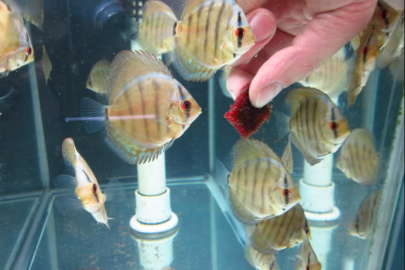