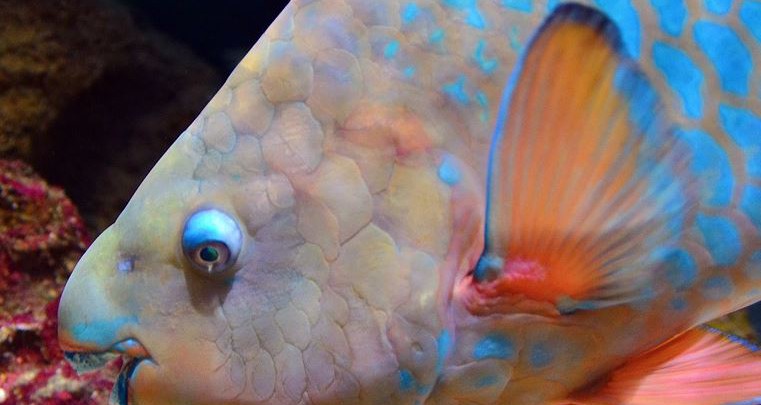 The Scientific name for the Parrot Fish is Scaridae and is prevalently found in the shallows of tropical oceans worldwide. The Parrot Fish got its name because of its beak-like structure, which is in resemblance to the beak of a Parrot. They are considered to be a vital component of a marine ecosystem. There are approximately nine known species of Parrot Fish. Often described as having a thick mass and large scales; they appear in a variety of colors, which may change based on their sex or maturity.

• It spins a cocoon of mucous around itself at night. This cocoon is a defense mechanism against predators such as eels and sharks. The cocoon allows the Parrot Fish to be alerted whenever a predator tries to penetrate it.

• This fish is credited for the production of sand. It does so by consuming algae, which is digested and then excreted as sand. It is said that one Parrot fish is able to turn one ton of coral into sand per year.

• This fish thrives in schools of about 40, led by a dominant male. They are also known to change sex numerous times throughout their lives.

• They have two sets of teeth which are made of a substance considered to be of the hardest bio-minerals in the world; making it harder than gold, silver and copper. One set of teeth allows it to scrape off corals by the bit, the other set allows it to crush the pieces.

Most popular types of Parrot Fish
• Blue Parrot: as the name suggests are blue, with a yellow spot on its head, which fades as the fish matures. They can grow to be 12 to 30 inches long.

• Rainbow Parrot: Scientifically called Scarus Guacamaia is multicolored, usually with green, brown and faint orange. This type is dwindling in population, causing it to become rare and putting them on the near threatened list. They can grow to be 47 inches long, weighing as much as 40 pounds.

• Stop Light Parrot: Scientifically called Spansoma Vindie normally grows 12 to 18 inches long. They usually have a yellow spot which only becomes visible when they are mature.

The Parrot Fish is not recommended to populate aquariums, as they do not adapt well to captivity. They are quite delicate as they are prone to stress which can shorten their life span. They are also very important to the Ocean’s eco-system. Without them the coral reefs will die. 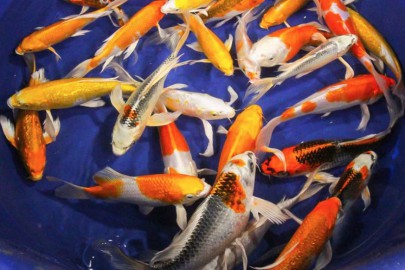 BUTTERFLY KOI Introduction This is a brown and grey fish with long fins. It...
learn more 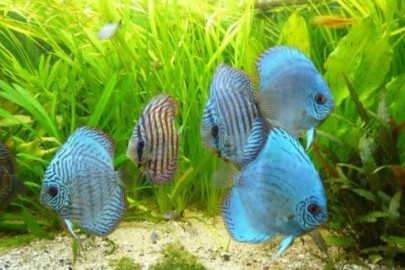 Discus Fish Facts - Everything You Need to Know Aquariums enhance the look and...
learn more