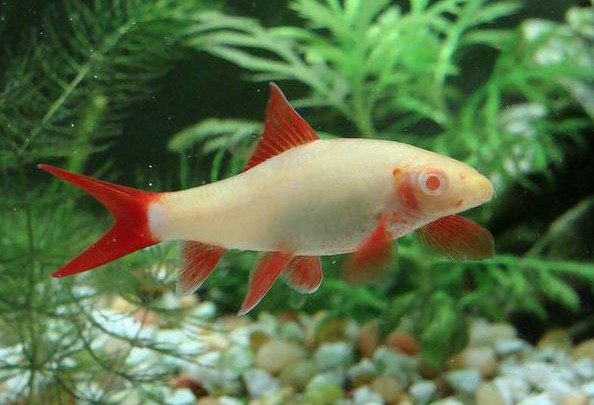 Sharks have over time been found by more and more people to be fascinating to look at and learn about. A visit to museum for aquatic animals attest to this. Also, there has been numerous documentaries about sharks due to that fact.

But it is known that sharks live in the oceans and seas, which are mainly salty water bodies. The possibility of then keeping sharks in freshwater seemed impossible and far-fetched for aquatic fish keepers. This is where freshwater sharks come in. Freshwater sharks are however not real sharks as such, but they are called sharks because of their appearance. They can have teeth or not and they are large in size. This means therefore that if you plan to keep it, you will need a large tank.
The freshwater sharks resemble real sharks not only in looks but also in behavior as they can swim in a similar manner to actual sharks even when they kept in a fish tank. This means that aquarium lovers will find the freshwater sharks a site to behold.

Fish tank requirements
As mentioned earlier, you will definately need a very large tank to accommodate the sharks. The freshwater sharks can be very large when they are mature. This means your aquarium tank should have a capacity of at least 55 gallons all the way to 150 gallons or even more depending on other factors.

Feeding habits
Freshwater sharks are omnivorous in nature but they can also be carnivorous. This means that they are not good community fish as they can feed on other fish in the aquarium. This therefore means they should be kept alone in the fish tank. They however mainly feed on smaller fish as they see them as live food. This happens especially when they have grown big.
It is good to note however that not all freshwater sharks are predators of small fish. However they all happen to be aggressive towards any other fish present in the aquarium. This therefore calls for keeping them alone in the fish tank. And you must keep them with other fish types, kindly find out which ones are prone to aggressiveness from the freshwater sharks first.

Types of freshwater sharks
I) Silver/Bala shark
This is the type of freshwater shark that resembles the actual shark by its shape of the body, color which is silver and its fins. It is sometimes called tricolor shark or shark minnow. When they are young, they are largely peaceful but this changes when they grow as they become semi-aggressive or predatory to the smaller fish in the tank. They live in shoals in order to socialize and they swim most often in schools.
On feeding, they are omnivorous in nature as they eat live food like bloodworms, tubifex, flake food, with proteins, fibers, supplements and vitamins.

II) Iridescent shark/Siamese shark
It resembles the actual shark due to its shape, color and swimming design. It also grows to become very large and it is a member of the catfish shark. You should therefore have a very large fish tank to keep it.

III) Mekong giant catfish
This is the biggest member of catfish sharks. They can grow up to 3 metres in length which is huge.

IV) Giant Pangasius/Paroon shark
This is another member of catfish shark and has a striking resemblance to Iridescent shark due to its looks.

V) Red tail shark/Bicolor shark
It is a smaller type of freshwater shark and is less aggressive and territorial. It has two colors which are a black body and an orange tail and hence its other name. The orange tail plays a crucial role as it indicates something is wrong when it starts to fade.

VI) Columbian Shark
This is a very peaceful freshwater shark type and it can grow big. 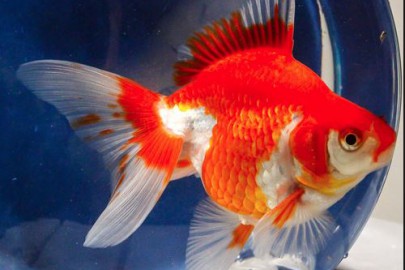 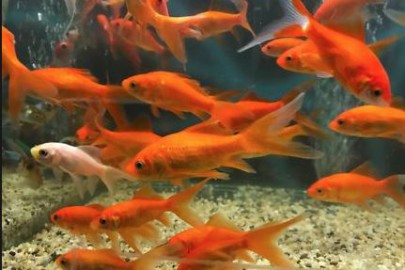